Lockdown in the Netherlands: The impact on asylumseekers in Amsterdam

Asylum seekers’lives are on hold during the current COVID-19 pandemic. Arriving asylum seekers were temporarily unable to claim asylum and pending asylum procedures are – except for a pilot with remote video hearing – suspended. This raises the question what the current uncertainty means for those asylum seekers who have already been waiting very long for an outcome of their asylum claims. 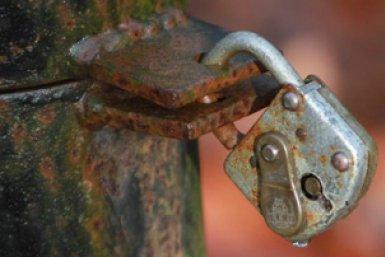 Refugees – asylum seekers with a residence permit – are continuing their integration trajectories online, but they are strongly affected by the crisis as well as they often work on temporary or flexible contracts and/or in the catering industry. What does the current crisis mean for them? Rejected asylum seekers and other unauthorized migrants are – despite the advice to stay home - forced to spend the day on the streets as municipalities often only offer night shelter to these homeless migrants. How do they get through the day?

It has been said more often during this crisis that the most vulnerable people are the most affected. This also applies to newcomers. In a triptych, based on ongoing research external link at Utrecht University among young refugees, we discuss the impact of the corona crisis on these three groups of newcomers and show how informal initiatives - sometimes under protest - fill gaps in Dutch asylum policies. Today we start with the impact of the corona crisis on asylum seekers.

Asylum seekers who currently arrive at Schiphol airport are, whenever possible, directly returned to their country of origin. They are considered a threat to public health. In the beginning of the crisis, a few asylum seekers were admitted and transferred to the Judicial Complex Schiphol that is located near the airport. Several detainees in this center have now been infected with COVID-19, something that causes serious unrest at the concerning departments. At the moment, there are no asylum seekers in this center anymore. After these new arrivals were heard by the Immigration authorities and had spent two weeks in quarantine, they were transferred to an asylum center somewhere in the Netherlands.

Not only arriving asylum seekers are affected by the lack of opportunities to claim asylum, a group of already residing asylum seekers is hit twice with the consequences of the current changes in asylum policies. This groups mainly consists of young Eritreans who have an expired Dublin claim which means that another European country - often Italy or Switzerland - is responsible for their asylum procedure. The Netherlands has requested these countries to accept these Dublin claimants, but the countries concerned did not respond within a year and a half. As a result, their Dublin claims have expired and these asylum seekers can now request asylum in the Netherlands after all. Some of them were about to go to Ter Apel to claim asylum. However, given the current conditions, they have to wait even longer before they can submit their asylum application in the Netherlands. They are hit twice as it implies that their lives are even longer on hold.

Another big change is that new asylum seekers cannot claim asylum at the reception center in Ter Apel anymore, as this center closed its doors on the 16th of March. In the first days after closure, nothing was arranged for newly arriving asylum seekers, meaning that they had to spend the night in the streets. Now – after they have provided fingerprints, their health and documents are checked - they receive shelter in a in an old navy base in Zoutkamp, Groningen. Here, they usually spend time waiting before they can actually start their legalization procedure and obtain certainty about their future. Asylum seekers in Zoutkamp are not allowed to leave the navy base. Moreover, lawyers, social workers and volunteers are denied access to this location because they are considered a risk for the health of those in this center whereas they are very concerned about the conditions at this particular location that is not run by COA but by the Ministry of Security and Justice. They wonder why these people cannot actually claim asylum while the immigration authorities have all the information they need.

Not only arriving asylum seekers are affected by the lack of opportunities to claim asylum, a group of already residing asylum seekers is hit twice with the consequences of the current changes in asylum policies. This groups mainly consists of young Eritreans who have an expired Dublin claim which means that another European country - often Italy or Switzerland - is responsible for their asylum procedure. The Netherlands has requested these countries to accept these Dublin claimants, but the countries concerned did not respond within a year and a half. As a result, their Dublin claims have expired and these asylum seekers can now request asylum in the Netherlands after all. Some of them were about to go to Ter Apel to claim asylum. However, given the current conditions, they have to wait even longer before they can submit their asylum application in the Netherlands. They are hit twice as it implies that their lives are even longer on hold.

A volunteer who is committed to Eritreans in the Netherlands and involved in this group fears the consequences. She believes that the current situation will lead to further clogging of the asylum system, especially because the Immigration and Naturalization Service cannot - in her view - handle processing asylum applications. She therefore advocates a solution for this group: "These are people who just absolutely need 100% protection from the Dutch government, both by age and by their country of origin, so come on!"

"These are people who just absolutely need 100% protection from the Dutch government, both by age and by their country of origin, so come on!"

Dublin claimants whose claims have not yet expired are now also literally stuck: due to the crisis, they cannot be deported to the country responsible for their asylum application, while they are not allowed to apply for asylum in the Netherlands either.

The current crisis also affects asylum seekers in pending procedures who usually stay in an asylum seekers center (AZC). These asylum seekers have almost all experience with crisis situations, something that contributes to the resilience to respond positively to the current crisis. However, living in an AZC is extra stressful at the moment. Experts tell that some live with the fear of COVID-19 contamination, especially as – at some locations - they live closely together and share sanitary facilities. Besides, staying ‘home’ triggers traumatic memories of the war or the Ebola crisis some have experienced in their home countries. Moreover, fake news circulates also within these centers, certainly in the early days of the crisis when there was hardly any information about COVID-19 and the Dutch measures were only available in Dutch and English. This involves, on the one hand, known fake news such as taking vitamin C to prevent contamination and holding your breath to test whether you are infected. On the other hand, it concerns location-based rumors that arise from a lack of (clear) information. A given example is the rumor that asylum seekers thought - and feared - that contaminated asylum seekers would be transferred to a large container that was placed in front of the center and intended for the proper separation of waste. The lack of clear information on such measures that are introduced to prevent spreading the virus contributes as such to unrest within the center. For such reasons, several respondents advocate for the use of interpreters to provide newcomers with correct information and to facilitate their access to health care.

In addition, asylum seekers now have to wait even longer for a decision in their current procedure and for reunification with family members due to the current covid 19 measures. A refugee tells that the waiting in the AZC drove him completely crazy as it felt that his live was completely on hold, he was waiting for a residence permit, waiting for Dutch lessons, and waiting for any opportunity to get started. According to interviewed experts, asylum seekers are frustrated by the waiting. While it gives some asylum seekers temporary rest as it postpones their possible forced departure, others find it unbearable that they have to wait even longer. Now, asylum seekers also have to wait longer for family reunification. A number of male asylum seekers indicated for example that their wife and children are still living in dangerous Idlib, something that creates a lot of extra tension within asylum seeker centers. Furthermore, all group activities have now been stopped and volunteers have no access to these centers anymore. This contributes to the loneliness of those asylum seekers without a social network.

Meanwhile, the IND has started a remote hearing pilot in order to get procedures going. Most procedures in which people need to be heard are suspended though. At this moment, the Dutch parliament extended the deadlines for asylum procedures and wants to abolish the periodic penalty payments for exceeding its preset terms. While this means that asylum seekers might spend more time in uncertainty, someone working in the Dutch migration industry notes that it seems as if the IND is using the crisis to clear up the arrears. Indeed, asylum seekers who no longer need to be heard are given - positive and negative - decisions in their immigration cases. While those with a positive decision might – if possible – move to allocated housing, rejected asylum seekers are given the crisis allowed to continue their stay at the AZC. However, support for this group is limited now that departure and counseling meetings have in principle been canceled.

How to protect asylum seekers during this crisis?

Asylum seekers in the Netherlands have generally succeeded in fleeing the unsafe situation in their countries of origin, surviving dangerous migration routes and enduring refugee camps. Now, they are being confronted with the next crisis that – one more time - puts their lives on hold. Research shows that long asylum procedures cause psychological damage. If new stress factors are added, as is the case now, this severely influences asylum seekers’ lives. While we understand that all employees of the Dutch migration industry need protection and that measures are needed to stop the spread of COVID-19, the current situation also raises many questions. For instance, how is the right to asylum guaranteed in the current situation? Why did it take so long to allow new asylum seekers to apply for asylum when most of the information needed to start an application was available? How to deal with the backlog of procedures that will be increased by the current measures of delay? And how to prevent (further) psychological damage among this already vulnerable group? Respondents point at the importance of taking such concerns into account during the crisis. They believe that solutions are needed to prevent (more) damage to asylum seekers, now and after the COVID-19 crisis.

This opinion piece, was first published on the online blog of the focus area ‘Migration and Societal Change’ of Utrecht University.

Mieke Kox is postdoc researcher and Ilse van Liempt is assistent professor, both at the Utrecht University