Becoming Berber: ethnicity and identity politics among Moroccans in Belgium 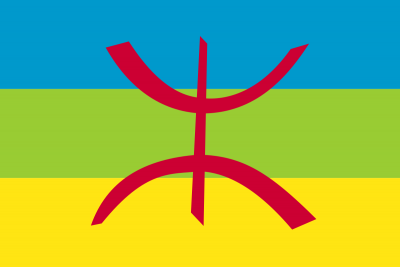 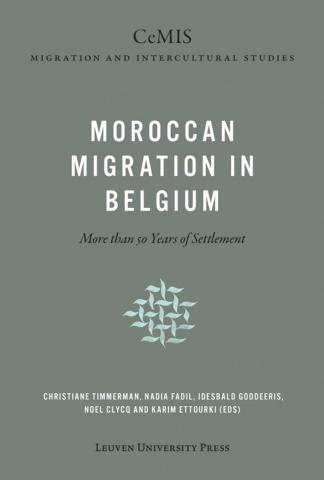 By making use of ‘strategic essentialism’ Berber activists claim a fixed location in history.

“I am not an Arab. It’s my country. I am Amazigh”. It’s a sentence I‘ve heard from many Moroccan Berber activists over the years, who were referring to their homelands as ‘their country’, a Berber nation and not an Arab one. Moroccan Berber activism denotes a particular form of cultural and political transnational activism, which opposes politics of ethnic and cultural categorization and assimilation. From Belgium, it remains directed towards Morocco as an ‘imagined homeland’ with which it maintains ties.

Migrant transnationalism heavily impinges upon the constitution and reproduction of identities. As a form of identity politics, it becomes visible through social movements when migrant voices claim recognition and a right to diﬀerence, which is the basic message underlying Moroccan Berber activism in Belgium today. By emphasizing the unique character of the Berbers as an ethnic group and this group’s sameness from within, as well as its diﬀerence vis-à-vis others – in this case, particularly Arabs – Berber activists in Morocco and Belgium aim at replacing ‘old, possible solidarity bonds’ with new bonds that are based on kinship, which are moreover rooted in history. Hence, by making use of ‘strategic essentialism’ Berber activists claim a fixed location in history, as is the case with ethnic minority activisms in general. In this way, their identity is perceived and presented as the result of a natural, historical process.

At the beginning of the nineties, a small network of Moroccan-born activists began founding associations both in Morocco and abroad, predominantly in urban settings. Traveling elites and migrating intelligentsia were the key driving forces behind the resurgence of a Berber cultural activism and Berber associations in Belgium, ‘recovering’ the Berber past of Morocco and Moroccan migration as a ‘political archaeology’, and carrying out the idea of a deep historical Berber nation to the masses; one that was and is diﬀerent from an Arab and/or Islamic nation. The construction and dissemination of this particular view on Moroccan history in the diaspora was at the core of my dissertation research.

When I started interviewing Berber activists in Antwerp in 2008, and participating in their public events, I wanted to try and understand how and why these activists were stressing the ethnic component of their social and cultural identities. I also wanted to understand how and why, accordingly, they were attempting to engage with Moroccan national history and the history of migration towards Europe in new and meaningful ways. Shared understandings of the past forge collective identities.

The purpose of this chapter is to present an overview of the history of ethnic and cultural Berber activism in Belgium, with an emphasis on Flanders and Antwerp in particular. Whereas during the early nineties, some Moroccan Berbers attempted to establish associations in the cities of Ghent and Liège, most activities currently take place in the Antwerp region, which explains this geographical focus. The chapter is based on four years of ethnographic and archival research in Belgium, the Netherlands and Morocco. Throughout this period, I conducted life story interviews with forty activists in the Netherlands and Belgium, fifteen of which in Antwerp, interviewed fourteen representatives of other Moroccan (migrant) associations, attended associations’ meetings and cultural festivals, and analysed their cultural production (e.g. published poetry, public history) and private archival records (e.g. reports of meetings and internal and external communication). One of the main findings in this research was that the rise of Berber identity politics in Morocco and the diaspora could be explained by trends in both national (Moroccan, Belgian, Dutch) politics and (historical) migration patterns. However, the discourse of the Berber Movement can only be understood by also taking into account the legacy of French colonialism.

This is the introduction of the Karouche’s chapter in Moroccan Migration in Belgium: More than 50 Years of Settlement. You can download the full chapter below.

This book is available in the Kif Kif library. You can read it with a cup of coffee (and who knows have a good conversation) in TOKO 139, Statiestraat 139, Berchem 2600.

Facebook has been facing heavy criticism in the last few years. But Mark Zuckerberg’s 2018 New Year’s resolutions to fix Facebook are bad news for anyone who cares about diversity in the field of media and democracy in general. A long read by Ico Maly.